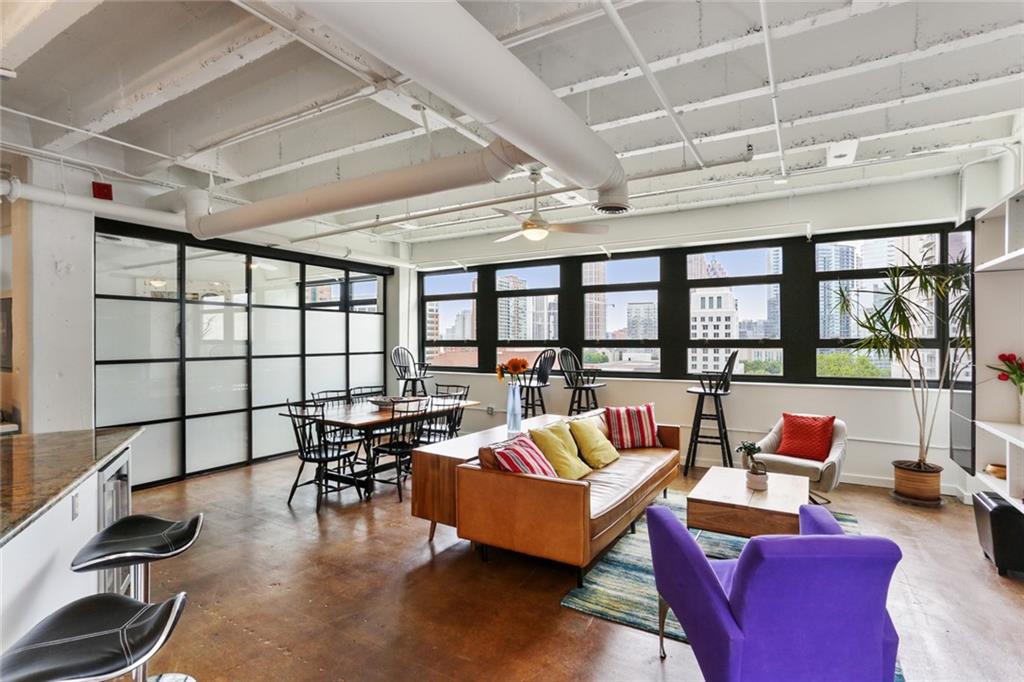 In 2009 the Peachtree Lofts underwent a multi-million dollar renovation. The original 1950’s windows were replaced and multiple interior and exterior amenities were updated. Many of the loft homes have been extensively renovated since and offer custom modernizations to the floor plans.  Originally sold in 2000, unit #808 is a prime example.  The 1,635 square foot two bedroom two bath unit’s concrete floors were stained and sealed, the original kitchen and bathrooms were demolished and replaced. The guest bedroom wall was removed and replaced with a custom sliding wall providing a Flex Space.  Now, the living area can be enlarged when needed or the five sliding wall panels are easily extended to enclose a private bedroom.  The storage spaces and closets were customized with Alfa shelving.  All of the interior walls and ten foot-plus high ceilings and ductwork were painted white to makes the space feel larger.  Designer lighting, ceiling fans and a floating entertainment center compliment the twelve oversized windows of this corner unit that make it a uniquely exceptional Midtown residence.

Located in the heart of Midtown – one of Atlanta’s most sought after neighborhoods – it’s within a short walk to Piedmont Park, the Atlanta Beltline Eastside trail, the High Museum of Art, the Alliance Theatre, the Atlanta Botanical Gardens, MARTA, and the Fox Theatre. This area offers access to great restaurants, entertainment venues, and boutique shopping.  What sets Midtown apart from other neighborhoods is the capacity to explore the district’s 120 blocks on foot. People who spend time here come to appreciate the wide, well-maintained, tree-lined sidewalks.

The building was originally built as a federal government office building in 1951 and was one of Midtown’s first loft conversions. At one time, it was the largest structure in Midtown and is often cited as Atlanta’s last remaining Bauhaus style building.  It was previously home to multiple government agencies, including the Department of Agriculture and the predecessor of the CDC, among others.

The building was converted to Peachtree Lofts apartments in anticipation of the 1996 Olympics. It was later converted to condominiums and sold as individual lofts in 1999.  The building now houses 212 condominium lofts units, offering studio, one, and two-bedroom floor plans. Sizes range from 515 square feet up to 1,635 square feet.

Midtown Atlanta has undergone a profound transformation over the past few decades to become a thriving activity center, attracting more than $5B of new investment from skyline to street-level since 2000. The “heart of the arts” in the Southeast, it’s home to the largest concentration of cultural and arts institutions welcoming over 6 million visitors each year. Midtown is one of the most accessible urban areas with 5+ miles of bike lanes – and nearly a dozen more miles coming soon – 15 miles of new sidewalks, and extensive transit options. Midtown is home to internationally-recognized Fortune 500 brands, eight of the city’s 10 largest law firms, and a growing number of small to midsize businesses. Over 20,ooo residents and 70,000 employees are active each day in Midtown. 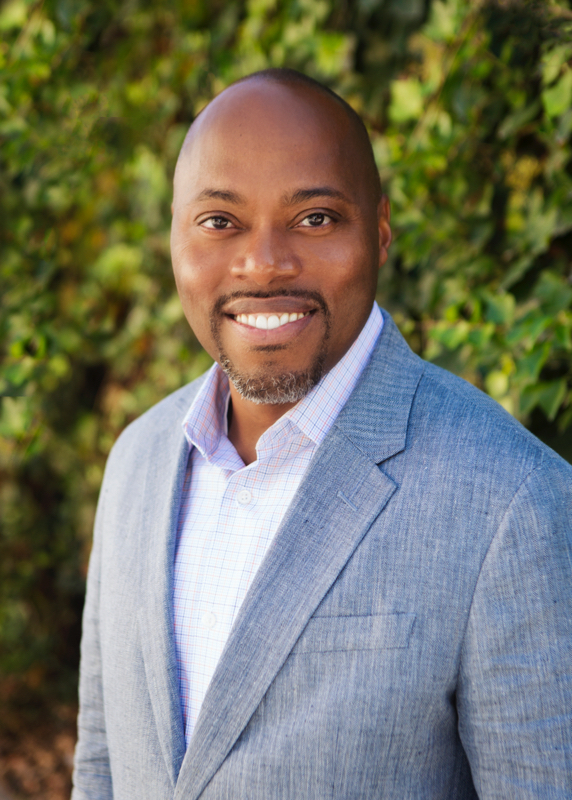